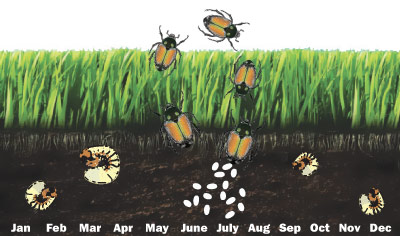 The Japanese beetle, Popillia japonica, has emerged to wreak havoc on your shade trees. Native to Japan, Japanese beetles are an invasive species that was first detected in the United States in 1916 (Rainbow Treecare, 2021). Due to its lack of predators in the US, it has been able to quickly spread and become rampant within this country.

The beetle feeds on over 400 species of shade trees and bushes (Rainbow Treecare, 2021). The beetle feeds by eating the leaf matter in between the leaf’s veins, leaving a skeleton appearance. If this happens to enough leaves, the beetles can easily kill your trees and shrubs, as the plant will no longer be able to photosynthesize. The beetles send out a signal to other beetles when they have found an acceptable plant host, sending more beetles into your yard. 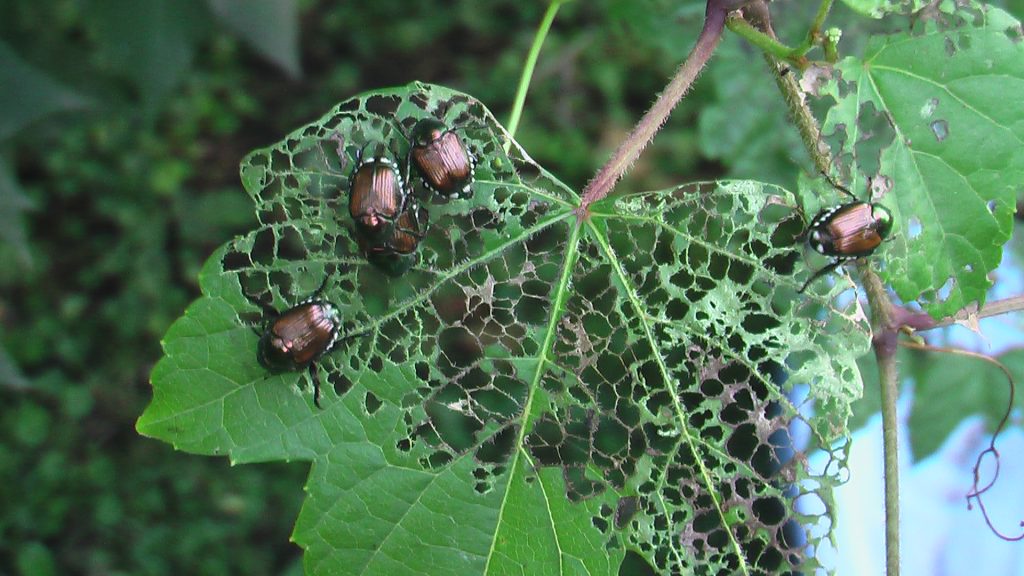 So how do you get rid of Japanese beetles? One effective solution is a combination of a soil injection as well as a foliar spray to take care of any live beetles currently feeding on the leaves. It is important to begin foliar sprays at the beginning of adult feeding on plant matter, otherwise, the infestation can grow out of hand as beetles send out signals that attract even more beetles. If you think you have a Japanese beetle infestation, please contact our office at 417-863-6214 and we can schedule an estimate for our Plant Healthcare technician to take a look at your trees and discuss your treatment options.

Masons, Fergus. “How to Get Rid Of Japanese Beetles.” The Tree Center, 2 Mar. 2016, www.thetreecenter.com/how-to-get-rid-of-japanese-beetles/.